Steven James Host of the Story Blender podcast interviews author E. Lockhart. She’s the author of Genuine Fraud, We Were Liars, The Disreputable History of Frankie Landau-Banks, The Boyfriend List and several other novels.

From the author of the unforgettable New York Times bestseller We Were Liars comes a masterful new psychological suspense novel–the story of a young woman whose diabolical smarts are her ticket into a charmed life. But how many times can someone reinvent themselves? You be the judge.

Imogen is a runaway heiress, an orphan, a cook, and a cheat.
Jule is a fighter, a social chameleon, and an athlete.
An intense friendship. A disappearance. A murder, or maybe two.
A bad romance, or maybe three.
Blunt objects, disguises, blood, and chocolate. The American dream, superheroes, spies, and villains.
A girl who refuses to give people what they want from her.
A girl who refuses to be the person she once was.

A beautiful and distinguished family.
A private island.
A brilliant, damaged girl; a passionate, political boy.
A group of four friends—the Liars—whose friendship turns destructive.
A revolution. An accident. A secret.
Lies upon lies.
True love.
The truth.

And if anyone asks you how it ends, just LIE. 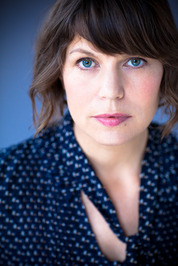 Join 643 other followers
Follow The Real AudioSpy on WordPress.com
My Tweets