NOW IN DEVELOPMENT AT LIONSGATE AS A MAJOR MOTION PICTURE

Now Joel must outsmart the shadowy organization that controls teleportation, outrun the religious sect out to destroy it, and find a way to get back to the woman he loves in a world that now has two of him.

Probably the third hardest thing I’ve ever done, behind parenthood, and having to fire someone.

I don’t have a good reason for that. I sort of fell into it. I’ve never gotten great grades in science, but always enjoyed hard science fiction books. I like to say, “I’m not a scientist, I’m just friends with a lot of them.” The genre sort of found me. Once it did, I did my best to stay true to it. 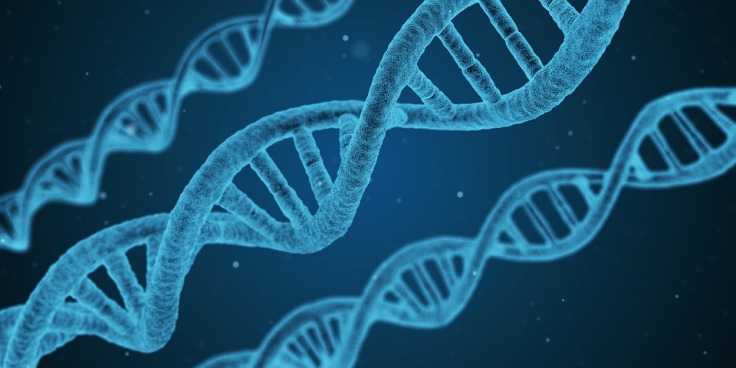 Who is Joel Byram?

He’s just this guy in the 22nd century, y’know. He’s a slacker king. He loves his wife, loves his life, and enjoys the status quo-ness of everything. Then his world falls apart and he’s forced to fight for everything he’s always taken for granted.

What does he truly care about?

After all is said and done, his wife’s love is the most important thing to Joel.

Describe a few things you learned while researching this book.

Oh man, I learned so much! Learning that the Mona Lisa has an older sister was incredible. A lot of the scientific innovations in the book just shocked me. I couldn’t believe we were already teleporting photons—isn’t crazy we’re already living in the age of teleportation? And the amazing stuff Oxitec is doing to solve mosquito-borne illnesses with CRISPR. We’re living in the future!

If you could teleport anywhere where would you go?

I’m on the road right now, so I’d probably teleport home. Sorry, I know it’s a lame answer, but I get homesick a lot. 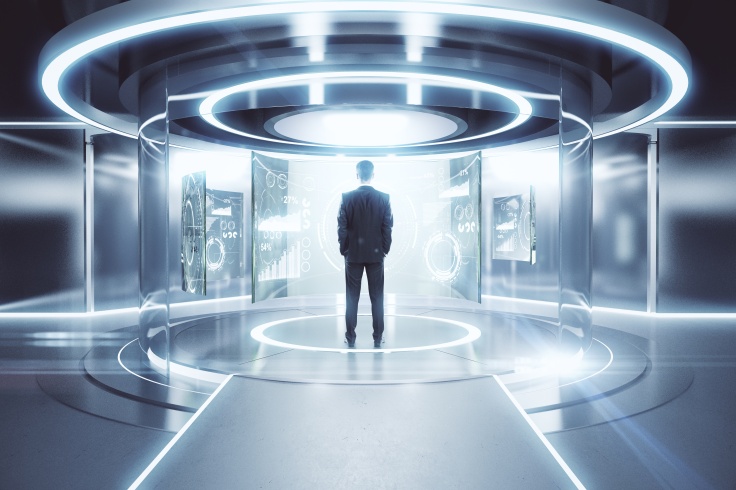 Name a few things that helped you learn how to write.

I owe a lot to Blake Snyder’s Save The Cat and Robert McKee’s On Writing. These two methods have truly improved my writing exponentially. Most importantly: my wife! I owe the voice of every female character in my book to her.

What would you do if there were two of you?

We’d have to live in different countries. I’m pretty sure we’d be fighting all the time if forced to be in close proximity to each other.

Who are your favorite authors?

What’s next for you? 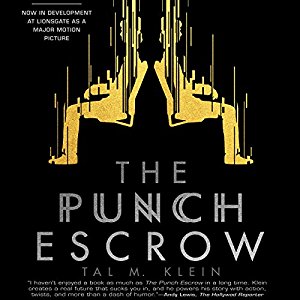 About the Author: Tal M. Klein

Tal M. Klein was born in Israel, grew up in New York, and currently lives in Detroit with his wife and two daughters. When she was five years old, his daughter Iris wrote a book called I’m a Bunch of Dinosaurs that went on to become one of the most successful children’s book projects on Kickstarter ―something that Tal explained to Iris by telling her, “your book made lots of kids happy.” Iris then asked Tal, “Daddy, why don’t you write a book that makes lots of grownups happy?” Tal mulled this over for a few years, and eventually wrote his first book, The Punch Escrow. It won the Inkshares Geek & Sundry Hard Science Fiction publishing contest, and is the first book published on the Geek & Sundry imprint. 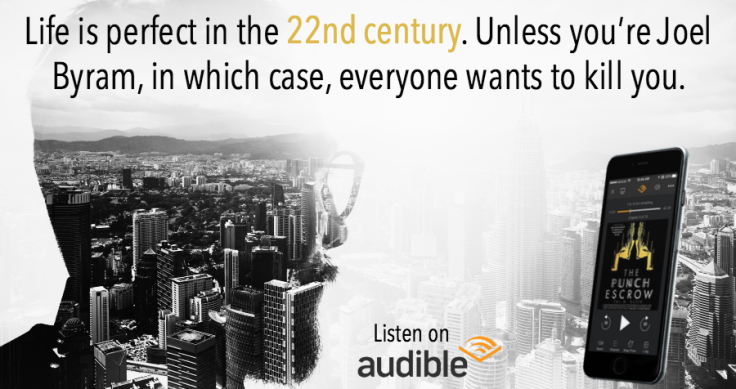 This was one entertaining read for a debut book. Author Tal M. Klein is very bright, witty, with brilliant plotting and is an excellent source of technology. I laughed out loud several times while listening to this book.

The concept for this book is not only original, but fascinating. The ability craft it into a workable story, then deliver it on the page speaks to the skilled potential that lies behind the pen. Looking forward to the sequel.

Narrator Matthew Mercer did a phenomenal job for his first audiobook! Amazing. He embodied the story perfectly and remained transparent throughout the book, which isn’t an easy job. It’ll be interesting to see what else he’ll accomplish down the road.

Some of the voices that Mercer was able to come up with were excellent, entertaining and impressive! I personally enjoyed the voice for the character Taraval. The switchback from narrative voice of Joel to other characters was superb. Hard to believe this was his first audiobook. The voices for artificial intelligence were also very notable.

Pacing throughout the story was great. Clear and understandable.

This is also an area where great narrators are separated from the rest of the pack. The know where to place the right amount of emphasis, and gives place to creativity to enliven the story. There were flashes of brilliance that totally brought the characters alive, especially during conflict, and emotional tension.

This is where I judge how well the narrator ushers me into the story based upon their performance. I say again, Mercer has the skill to do the job. I gave him a high rating because he embodied the characters so well, and remained a transparent medium through which the reader can connect to the story. Awesome. Hats off to Matthew Mercer.

Very satisfied with this performance and recommended to listen. 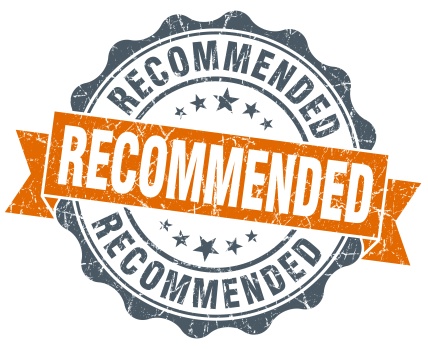 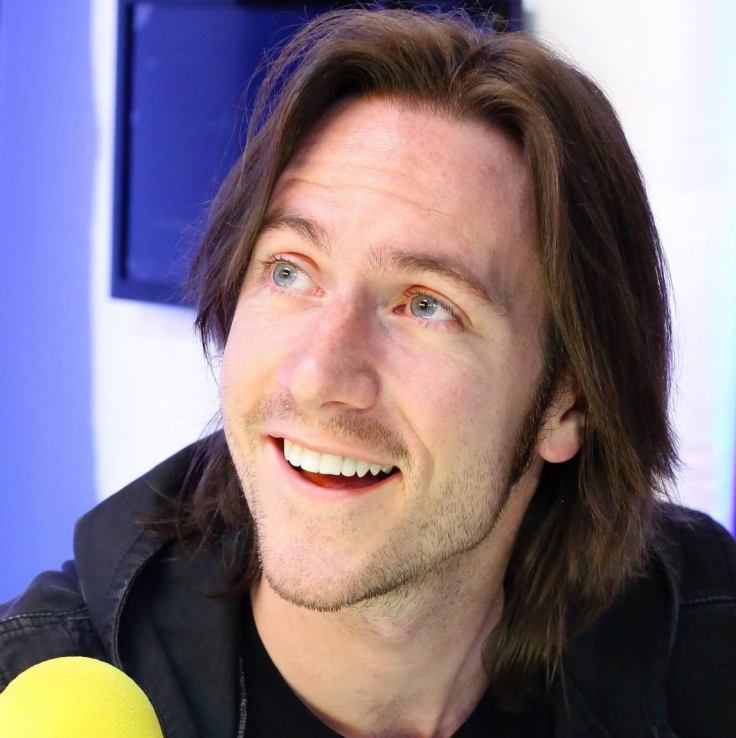 About the Narrator: Matthew Mercer

Matthew Christopher Miller, known professionally as Matthew Mercer or Matt Mercer, is an American voice actor involved in English dubs of Japanese anime as well as cartoons, films and video games. In anime shows, he voiced Levi in Attack on Titan, Kiritsugu Emiya in Fate/Zero, Kanji Tatsumi for episodes 13-26 in Persona 4: The Animation and Trafalgar Law in the Funimation dub of One Piece. In video games, he voices Leon S. Kennedy in the Resident Evil series, Jack Cooper in Titanfall 2, Chrom in Fire Emblem Awakening, McCree in Overwatch, MacCready in Fallout 4 and Yusuke Kitagawa in Persona 5. In addition to voice-over, Mercer has developed some live-action web series including a Nintendo character parody called “There Will Be Brawl” and the famous Geek & Sundry and Alpha Dungeons & Dragons gaming session show “Critical Role.” The Punch Escrow is his first audiobook.

I received this audiobook as part of my participation in a blog tour with Audiobookworm Promotions. The tour is being sponsored by Tal M. Klein. The gifting of this audiobook did not affect my opinion of it.

Join us for Mystery Thriller Week!